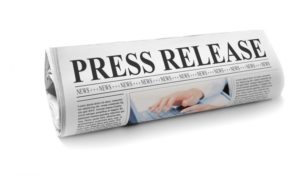 Mechanicsburg, PA – January 8, 2018 – Dynatemp International, Inc., a privately held supplier of refrigerants and refrigerant recovery services announced today that it wholly supports the Kigali Amendment to the Montreal Protocol. Dynatemp urges the U.S. to support its ratification along with the 20 other countries who have already endorsed the amendment.

In 1987, 197 countries created The Montreal Protocol, a global agreement that phased down ozone depleting substances.  In October of 2016, the Kigali Amendment was added to include a phase down schedule of HFC’s (hydrofluorocarbons) worldwide by 85% by 2047. The Amendment met it’s 20 country threshold for ratification in November of 2017 with a diverse group of signatories including North Korea, Mali, Germany, and Sweden.

“The world has made a bold statement in supporting the Kigali Amendment, “says Brad Kivlan, CEO of Dynatemp.  “The federal government of the United States should demonstrate its leadership with quick and full support. The fact remains that without a Kigali Amendment, there will be little reason for the entire industry to shift towards adopting a timely HFC phasedown in individual states or cities, particularly if left up to those states to develop their own rules as we have begun seeing in California.”

In the absence of the Kigali Amendment, California’s Air and Resources Board (CARB), created its own phase down of HFC refrigerants implementing a 2017 Climate Change Scoping Plan. This plan sets California’s environmental regulations apart from the rest of the country.

Kivlan continued, “Dynatemp International has a long history of offering environmentally friendly products for the HVAC/R industry. With the creation of our Dynacycle Reclamation Program we restore gas to its purest form, reducing carbon footprints and greenhouse gas emissions, the leading cause of ozone depletion.”