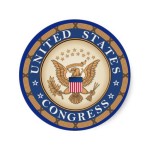 WASHINGTON, DC (February 21, 2014)- Congressman Scott Peters (CA-52) and Senator Chris Murphy (Connecticut) led their colleagues in a letter to Gina McCarthy, Administrator of the Environmental Protection Agency (EPA), calling on EPA to take more aggressive action to cut down on production of an industrial “super pollutant” that does 1,800 times more damage to the climate that carbon dioxide. The letter was signed by 17 Senators and 24 Members of the House of Representatives.

In December, EPA unveiled a new proposal to reduce production of HCFC-22, a refrigerant chemical that’s also a potent greenhouse gas. HCFCs — hydrochlorofluorocarbons — are currently being phased-down under the Montreal Protocol, a Reagan-era treaty to end the use of chemicals that harm the ozone layer. HCFCs are used in refrigerators, air-conditioning systems, and foam blowers.

The consensus among the letter’s signatories is that EPA’s initial proposal will still allow far too much new HCFC-22 to be produced, on top of a substantial existing stockpile of the environmentally harmful chemical.

The text and signatories of the letter can be seen here.