While Honeywell and Chemour’s appealed the courts decision, they were ultimately ruled against marking the end of SNAP Rule 20.  Although the EPA has acknowledged that they will no longer enforce the rule, we know eventually HFC’s will be phased-out for lower global warming potential refrigerants like HFO’s.

Without the Kigali Amendment, states will create their own phase-down laws, similar to what California’s CARB is doing. A worldwide phase-down would be much cleaner and easier for the industry as a whole. For now, we wait until the Trump Administration decides their course of action for HFC phase-downs. 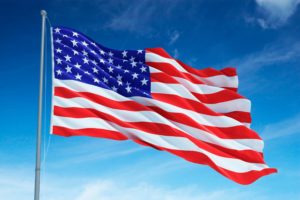 A bipartisan group of senators led by Republican, John Kennedy, and Democrat, Tom Carper, introduced a new bill called the American Innovation and Manufacturing Act, or Aim Act. The Aim Act paves the way for the Kigali Amendment giving the EPA the authority it needs to reduce HFC’s.

This bill would ensure a phase down of HFC’s and provide a pathway for future technologies and the next generation of refrigerants.

“On the surface, this bill seems more complicated than high school chemistry, but really it’s pretty simple. It’s about jobs. And it’s about protecting the investment by Louisiana companies in new technologies and protecting Louisiana jobs,” said Senator Kennedy. “This bill gives a $206bn US industry the clarity it needs to invest, transition and protect American jobs. It’s not often that Democrats, Republicans, industry and environmental groups come together to agree on anything, but we are all in agreement on this one.”

Previously, the Trump Administration stated they would need evidence that the Kigali Amendment had a positive impact on US jobs before they would consider ratifying it. The AIM Act hopes to answer those questions by supporting US manufacturing of the next generation refrigerants, protecting the environment, and also amending the Montreal Protocol.

In 2017, the US Court of Appeals ruled that the EPA did not have the authority to reduce hydroflourocarbons, or HFCs, through the Clean Air Act. This section of the Clean Air Act removed certain high GWP refrigerants, like 404a, 410a, 134a, and 407a, from the EPA’s SNAP list for use in certain new products.

However, this week the California Air and Resources Board (CARB) adopted the EPA’s previously proposed SNAP rules. California says they are working to reduce their emissions to mandated state and federal levels. Under a senate bill authored by Ricardo Lara, the Lara Bill, California will reduce its HFC emissions by 40% below 2013 levels by 2030. Due to the US Court of Appeals overruling the SNAP rules California passed its own regulations to stay in line with their goals. 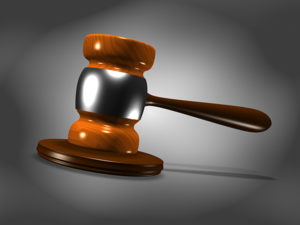 The United States Court of Appeals for the District of Columbia Circuit rejected an appeal  brought by refrigerant manufacturers Chemours and Honeywell, in addition to the Natural Resources Defense Council (NRDC), on the courts decision to overturn a ban on the usage of HFC refrigerants.

Refrigerant manufacturers Mexichem and Arkema appealed the 2015 ruling, claiming that the EPA could not use a section of the Clean Air Act to target HFCs. The US Court of Appeals for the District of Columbia agreed, and in August last year decided 2-1 in favor of the appeal, discontinuing the ban on HFC’s.

While this court decision slows efforts to phaseout HFC’s, states like California are creating their own phase-down schedules and other states are likely to follow. There is also uncertainty on whether the Trump administration will ratify the Kigali Amendment, which met it’s 20-country threshold for ratification in November of 2017.