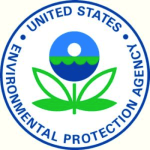 May 25, 2014- This is a summary of the EPA’s Revision of the Venting Prohibition for Specific Refrigerant Substitutes.

The Environmental Protection Agency (EPA, the Agency) is amending the  regulations promulgated as part of the National Recycling and Emission Reduction Program under section 608 of the Clean Air Act. EPA is amending those regulations to exempt certain refrigerant substitutes, listed as acceptable subject to use conditions in regulations promulgated as part of EPA’s Significant New Alternative Policy program under section 612 of the Act, from the prohibition under section 608 on venting, release or disposal on the basis of current evidence that their venting, release or disposal does not pose a threat to the environment. Specifically, EPA is exempting from the venting prohibition isobutane (R-600a) and R-441A, as refrigerant substitutes in household refrigerators, freezers, and combination refrigerators and freezers, and propane (R-290), as a refrigerant substitute in retail food refrigerators and freezers (stand-alone units only).Click Here for Final Rule

May 22, 2014, Excerpts from FACT SHEET: Commerce Preliminarily Finds Dumping of Imports of (R134a) from the People’s Republic of China published by the International Trade Administration (ITA)-
The Department of Commerce announced its affirmative preliminary determination in the antidumping duty investigation of imports of HFC-R134a from China.  For the purposes of this determination, dumping is said to occur when a foreign company sells a product in the United States at less than its fair value. As a result of the preliminary affirmative determination, Department of Commerce will instruct U.S. Customs and Border Protection to require cash deposits based on preliminary rates.
The Commerce Department is expected to announce its final determination on October 3, 2014.  Should an affirmative determination be made, The Commerce Department will issue an antidumping duty order and make “final injury determinations” in November 2014.Click Here for Fact Sheet distributed by the ITA